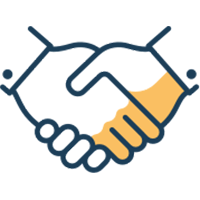 I’ve been asked a few times what Radnor Township can do about firearm violence and, unfortunately, there’s no good answer for municipalities.  Yet.  State law—passed by the Republican controlled General Assembly—provides that:

No county, municipality or township may in any manner regulate the lawful ownership, possession, transfer or transportation of firearms, ammunition or ammunition components when carried or transported for purposes not prohibited by the laws of this Commonwealth.

18 Pa.C.S. § 6120(a).  In 2015 I published an article arguing that, in spite of this law, Townships should be permitted to pass ordinances governing firearms in Township owned property like the Township building or children’s playgrounds.  A little more than a year later, however, Lower Merion Township independently advanced a similar argument in the Commonwealth Court; the Court refused to create an exception, even for playgrounds.  Firearm Owners Against Crime v. Lower Merion Twp., 151 A.3d 1172, 1180 (Pa. Commw. 2016).  Moreover, presently pending legislation would allow litigants like the NRA to file suit against Townships that pass ordinances in violation of Section 6120 and, if successful, recover their costs and attorneys’ fees out of taxpayer funds—the chilling effect of which is to make Townships reluctant to pass any ordinances that could even potentially run afoul of Section 6120.  The reality is that the state of the law today leaves basically no lee-way for Townships to pass laws regulating guns.

So what can Townships like Radnor do?  The Commissioners, community leaders, and police can hold events to raise awareness and provide education—something Radnor is already working on.  We can work with the School Board to bring education and awareness directly to students and teachers.  Most of all, however, Townships and constituents need to work with allies in the general assembly.  I strongly encourage everyone in Radnor who cares about this issue—for whatever reason, and on whatever side—to turn out and vote on May 15, 2018.  That’s primary day for most elected officials, but it is the general election date for Township Commissioners in Ward One & Seven.  Make your vote count.